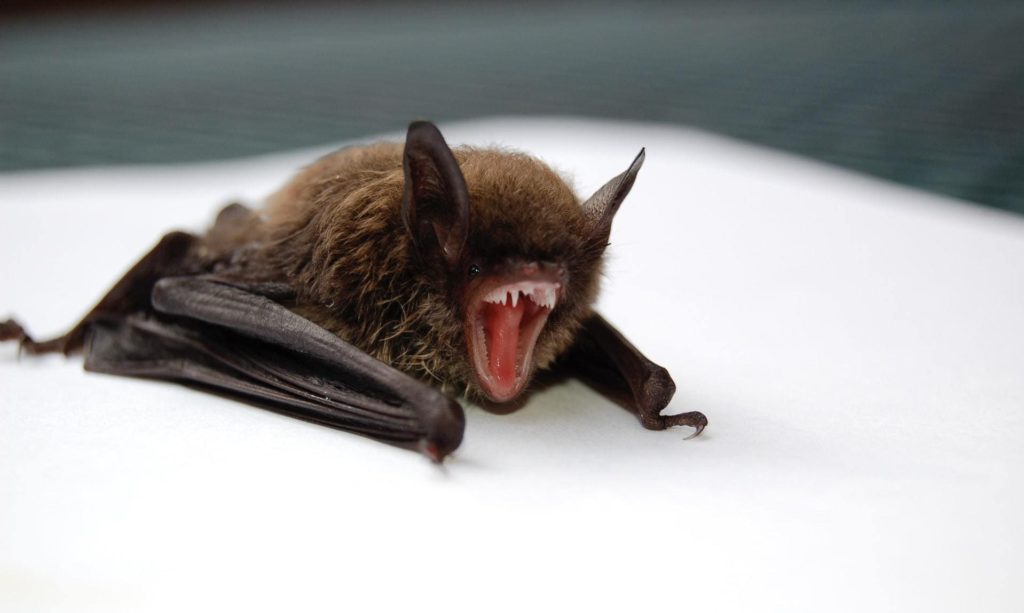 There are 16 different kinds of bats found in the state of Georgia. Some of these bats will not leave caves and or the wild, but a few species will roost inside buildings and structures. The Big Brown Bat and the little brown bat are the two most commonly found bats inhabiting human environments.
Both species of bats feed primarily over wetlands and other bodies of still water where insects are abundant. Due to the favorable and moist climate conditions of Georgia, bats roost in buildings and structures. Rivers, streams, and trails are perfect places for abundance of bats. Bats will swoop down close to mammals to feed on the insects that swarm around them. They will roost around humans to be close to water and food.